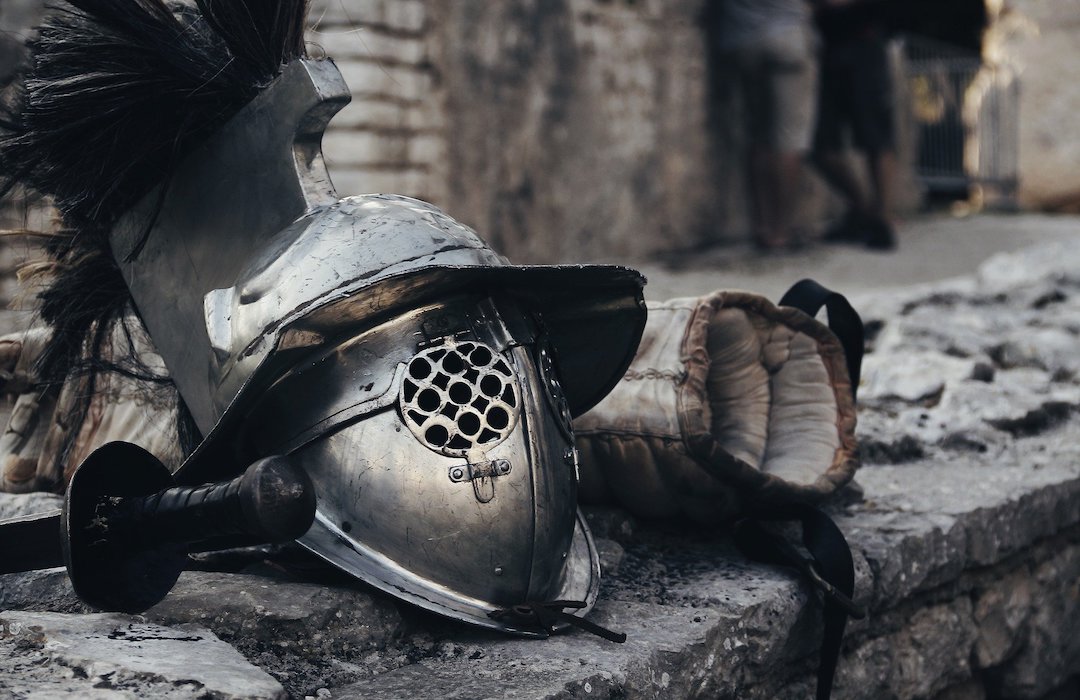 For our struggle is not against flesh and blood, but against the rulers, against the authorities, against the cosmic powers of this darkness, against evil, spiritual forces in the heavens.
Ephesians 6:12 (CSB)

In the closing of his letter to the church at Ephesus, the Apostle Paul encourages them to be strengthened in the Lord and to put on the armor of God (6:10-11, 13). Paul wasn't telling the church to suit up in the armor of a Roman legionary because the battle wasn't physical—it was a spiritual battle and required the armor of God. As new covenant believers, there is no scheming or planning to defeat enemies, and there is no physical conquest of foes. This had already happened. Paul tells the church at the beginning of the letter that, "He [God] exercised this power in Christ by raising him from the dead and seating him at his right hand in the heavens— far above every ruler and authority, power and dominion, and every title given, not only in this age but also in the one to come. And he subjected everything under his feet and appointed him as head over everything for the church." (1:20-22) The medieval Crusaders, Scottish Covenanters, and many others have engaged in physical warfare in their pursuit of holiness contrary to Paul's instructions. There is no physical battle. Christ has fought and won that battle already. Our new covenant mission is to stand firm in the faith.

In our new mission to stand firm, we are to do so in a battle line with our brothers and sisters in Christ, the church. Nowhere in the New Testament do we see individuals called to fight the spiritual battle alone. Until the 20th century's technological enhancements that created the modern warfare we see today, soldiers fought in large line formations. Think of your favorite Lord of the Rings battle scene or another ancient/medieval war scene and you'll picture soldiers fighting alongside one another. As the larger battle rages around them, individual soldiers will take on one or two enemy soldiers before regrouping with their fellow soldiers and attacking again. This is what Paul has in mind when he tells us to stand firm. Paul imagines a battle line of Christians standing shoulder to shoulder as brothers and sisters standing firm in the faith that God has given them.