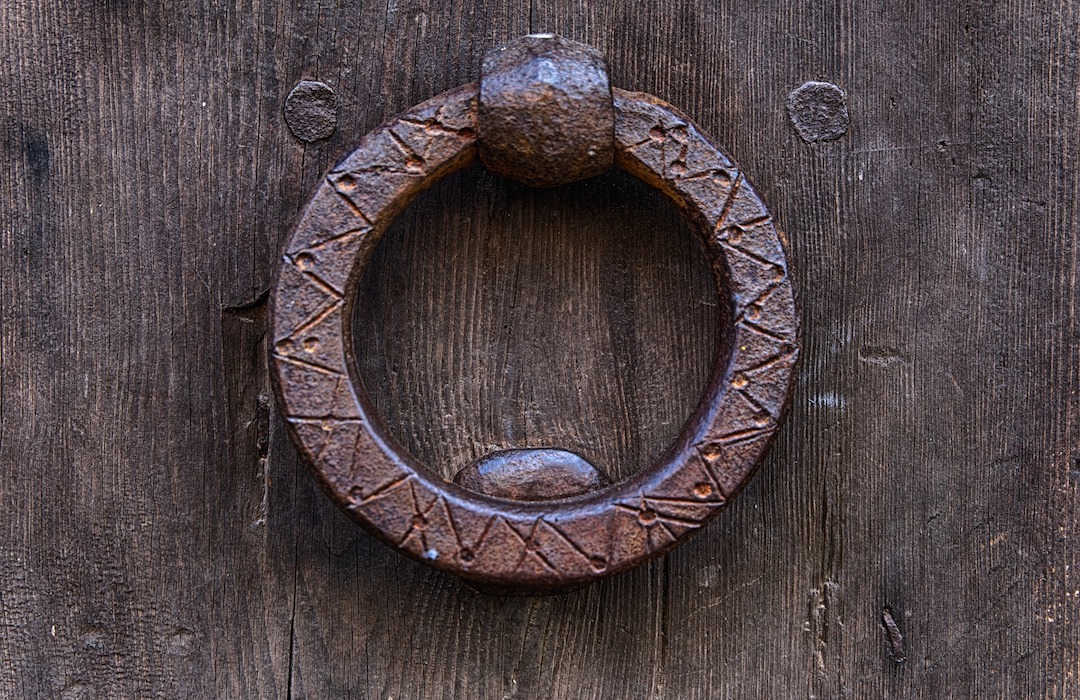 See! I stand at the door and knock. If anyone hears my voice and opens the door, I will come in to him and eat with him, and he with me.
Revelation 3:20

The church in Laodicea received an urgent message, calling them to abandon their captivation with the world’s value system. In this letter, Jesus accuses the church of being self-deceived. They had convinced themselves that they were rich and powerful, and on some level, they were, at least in the eyes of society. However, the path to this newfound status included compromising their witness to Christ, minimizing their usefulness to the kingdom, and disconnecting from their enjoyment of Christ. For this reason, though they were rich and exalted according to the world’s value system, they were poor, pitiful, and naked according to God’s value system.

Yet Christ graciously welcomes those who have abandoned their witness to repent and to receive him. He stands before this assembly, promising that he will abide with them if they receive him. In this gracious offer, there is also a subtle word of rebuke. Christ is at the door knocking as he waits for their response, but one day his knocking will break down the door as an act of judgment.

This verse has sometimes been used evangelistically, calling unbelievers to receive Christ. I suspect that it is this text that stands behind the popular language of “asking Jesus into your heart.” However, as we’ve seen, this verse is aimed at the church in Laodicea. Additionally, the conclusion to this letter indicates that this message extends beyond the church in Laodicea to the Church universal. What is surprising is that this text commonly applied to those who have outrightly rejected Christ when, in fact, it is aimed at local assemblies who claim to be Christ’s people but have failed to abide in him. The danger in viewing this text as a message for unbelievers is that the Church can subtly declare along with Laodicea that “I’m rich; I have become wealthy and need nothing” (Rev. 3:17).