No Bible Class on Easter Sunday. Morning Gathering Only at 10:45 AM! 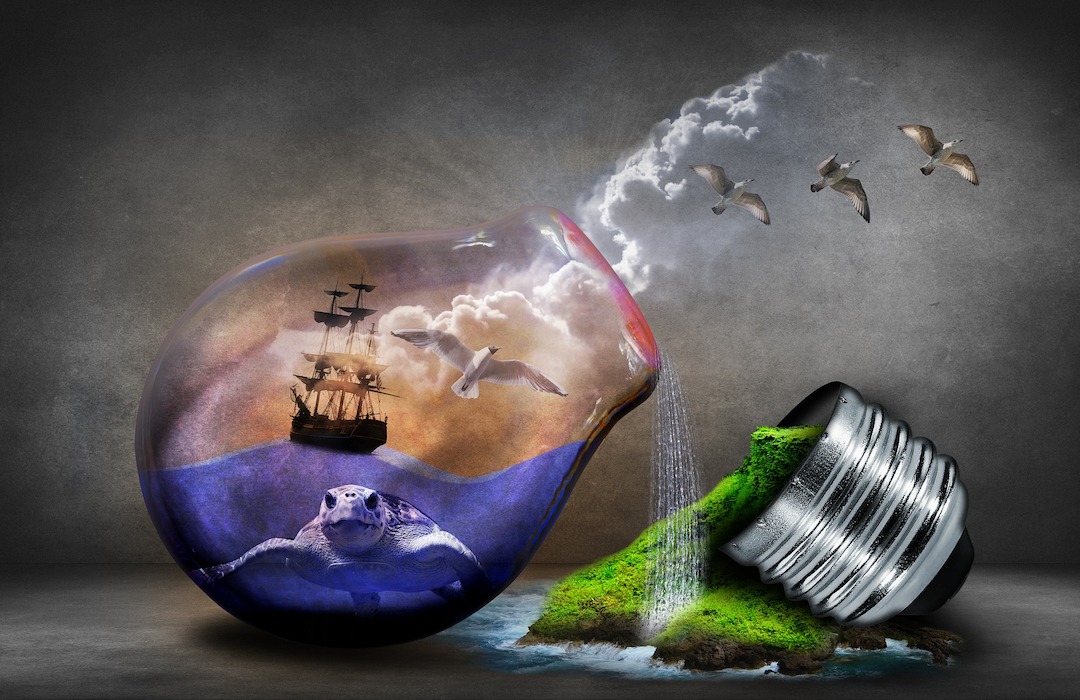 Christian environmentalism might sound like an oxymoron given the politically charged nature of environmentalism. Sandra Richter, a professor at Westmont College, recognizes as much in her book Stewards of Eden: What the Scripture Says About the Environment and Why It Matters. From the start, she points out that, particularly in the United States, environmental concern is a matter of division between the Democratic and Republican parties, leaving the church paralyzed on this issue (1). Despite this polarity, asking whether or not the biblical texts encourage concern for the environment is still valid. In Richter’s view, this question can be pursued outside of the rigid political debates surrounding this topic.

In addition to the stumbling block of political identity, Richter also points to two other reasons that Christians hesitate to express concern for the environment. First, Christians in the United States (and in the West, generally) are “largely sheltered from the impact of environmental degradation on the global community” (3). In other words, Western countries don’t see the impact of the abuse of the environment, so the issue seems either non-existent (perhaps just a conspiracy) or real, but not urgent.

Second, Christians sometimes uncritically imagine that this planet will be destroyed at the end of time. In light of the coming destruction on the day of the Lord, environmental concerns are less critical (the environment will be destroyed by God anyway). Other matters, such as the conversion of souls, are more pressing.

Stewards of Eden is a response to these barriers that keep Christians from pursuing creation care. Richter explains that her objective is “to demonstrate via the most authoritative voice in the church’s life, that of Scripture, that the stewardship of the planet is not or peripheral to the message of the gospel” (3).

Richter grounds her argument in God’s creative act and humanity’s identity as image-bearers of God. She demonstrates that God acted to create the world and then appointed humans to care for that creation. “Whereas the ongoing flourishing of the created order is dependent on the sovereignty of the Creator, it is the privilege and responsibility of the Creator’s stewards (that would be us) to facilitate this ideal plan by ruling in his stead” (11).

God’s original creation purposes and mankind’s responsibility to care for that creation is affirmed in the Noahic covenant but begins to take shape more pointedly in God’s instructions to Israel as the nation entered the Promised Land. The responsibilities incumbent upon the Israelites to care for each other and the land were based at least in part on the reality that the land belonged to Yahweh, not to Israel. The land was something like a new garden of Eden that would provide for their needs and establish a sacred space for God to dwell with people. In the legislation in Deuteronomy, it becomes clear that “God’s people were renters, not landlords. And if they failed to remember that reality, there would be consequences” (17).

More laws than might be expected relate to agriculture and food production. Features of these laws included consideration of animals’ lives (both domestic and wild), restraint from over-using the land, and care for the disenfranchised (the poor, the widows and orphans, and the foreigners). In addition, the legislation regarding tithes and offerings would have been stretching. Richter explains that “to give the ‘first’ away [in obedience to the tithe and offering laws] is a sign of both great sacrifice and profound confidence, sacrifice in that the farmer and his family have waited a long time for that first lamb or tomato, and confidence in that they have no real assurance, outside of their trust in God, that a ‘second’ is coming” (19).

One of the most profound gestures toward creation care in the Law included a Sabbath not just for the people but also for the land. These Sabbath laws limited the short-term gains that would over-tax the land, securing long-term productivity.

Moving from a clear emphasis on regard for creation throughout the Old Testament, Richter proceeds to make the case that earth is not bound for destruction, but for renewal, contrary to the popular imagination that the earth will dissolve in fire, making way for the creation of a new planet (I recently made this case as well in a Bible class lesson). She argues that the apocalyptic imagery in the Bible that is often used to support the idea that the earth will be destroyed does not portray the complete annihilation of the physical world. Instead of destruction, the earth is bound for redemption. Richter points to Romans 8:18-25, an often-overlooked text that describes the earth as groaning for redemption, indicating that the earth will be renewed rather than destroyed. She concludes, “Thus, although missed by too many readers, the New Testament is teaching us that ‘heaven’ is this very earth resurrected, healed of its scars, and washed clean of its diseases” (104).

After investigating the biblical texts, Richter identifies the core message of the Bible regarding creation care: “The earth is the Lord’s and all it contains; you may make use of it in your need, but you shall not abuse it in your greed” (108). This principle encourages Christian environmentalism or, in different terminology, Christian stewardship of the earth and its resources.

So what should Christians do? Richter recognizes that ultimately, creation care is not a matter of activism but a matter of moral transformation (110). Though she doesn’t refer to Hosea 4, her conclusion is supported by the prophet’s connection between humanity’s immorality with the languishing of plant and animal life on planet earth. Furthermore, Richter doesn’t seem to be convinced that all environmentalist methods and actions are equally valid. Still, the question remains, what should individual Christians and churches do to improve their stewardship efforts?

Whatever Christians do, Richter does not anticipate “that the church will be able to fix all (or even most) of the environmental woes of our planet any more than we will be able to end every way, adopt every orphan, or free every young woman trapped in the sex trade. But . . . when we speak of living lives of restraint and stewardship we are articulating a value system that is foreign to our fallen world” (111). For this reason, she concludes the book with an appendix outlining several small steps that gesture toward restraint and stewardship.

By focusing her concern on the Scripture’s witness to environmental stewardship and care, Richter successfully navigates the political minefield surrounding this topic. Of course, not every Christian will be convinced on every point in the book. However, Stewards of Eden provides a careful assessment of the biblical texts, current practices, and potential paths toward a more conscientious and biblical approach to the earth and its resources.