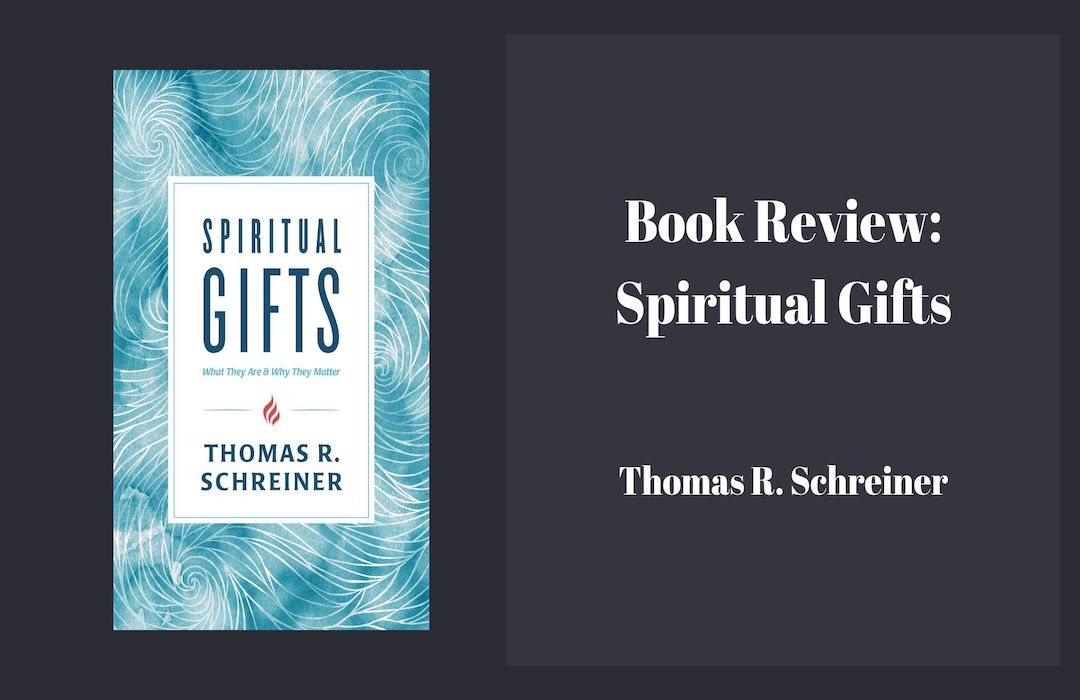 Thomas Schreiner is the professor of New Testament Interpretation at the Southern Baptist Theological Seminary and has written The King in His Beauty: A Biblical Theology of the Old and New Testaments, along with numerous books and commentaries at both a scholarly and more popular level. His recent book, Spiritual Gifts: What They Are & Why They Matter is a more popular level book. He is writing to people who are interested in knowing more about spiritual gifts, not limiting his work to the scholarly community. As such, he writes simply and clearly for anyone who wants to gain more knowledge of the spiritual gifts in the life of the church (4).

Although written from a nuanced cessationist perspective, this book is not solely an argument for cessationism. More accurately, this book is a primer on the spiritual gifts. In fact, readers may be surprised how charitably he navigates various approaches to spiritual gifts and how beneficial his work is, even for those who may disagree with his position. Of course, Schreiner interacts with conservative continuationists, such as Wayne Grudem and Sam Storms, but does not outline or interact with their views in depth.

Nevertheless, he begins by charitably and humbly identifying strengths and weaknesses of the greater charismatic movement, commenting on J.I. Packer’s observations in Keep in Step with the Spirit: Finding Fullness in Our Walk with God. Concluding with the weaknesses of the movement, Schreiner observes the experience-centered nature of charismatics as one of the greatest weaknesses. He writes, “Powerful experiences of God are a gift of God, but Scripture must play a foundational role so that experience is not accepted as self-authenticating. Experience is subordinate to Scripture so that experiences do not become the arbiter of what is permitted” (13). This focus on Scripture as the absolute authority runs throughout the entire book.

Moving beyond the initial interaction with the charismatic movement as a whole, he focuses on defining the spiritual gifts listed in the New Testament. He defines them as “gifts of grace granted by the Holy Spirit which are designated for the edification of the church” (16). His definition rules out spiritual gifts as a measure of spirituality, indication of Spirit baptism, or a means for self-edification and self-glorification. They are instead grace-gifts. Additionally, he recognizes in his definition and listing of the gifts that the New Testament may not provide an exhaustive list. However, he rightly notes that while additional gifts may be genuine spiritual gifts, it is striking that Paul does not mention many of them (17).

In the next two chapters, he points out ten truths about spiritual gifts. These truths have to deal with the purpose and exercise of the gifts, as well as the identification of the gifts in and the reception of the gifts by individuals in the body of Christ. Here Schreiner engages pastorally, particularly encouraging those who feel inferior in their gifting and ability in serving Christ’s church. He writes:

“If you think, I don’t have any gifts. I am of no value to anyone, your thinking about yourself is off-center. God has given you faith, and he created and made you to be a significant help to others. Don’t reject what God has done in your life by putting yourself down. We may feel that our gifts are insignificant or unimportant, but we are mistaken. The contribution of every member of the body matters . . . If you are feeling inferior about your role in the body, then your feelings, as are our feelings so often, are off-track” (40).

On the other hand, Schreiner warns against pridefully embracing spiritual gifts in self-service while simultaneously ignoring those with less visible or impactful giftings. “Such pride is irrational and self-destructive. Even if we don’t realize it, we desperately need every part of the body” (42).

Though he addresses these and other pastoral concerns relating to spiritual gifts in the church, he also addresses theological issues, such as the timing and scope of Spirit baptism. Without diving deeply into theological minutiae, he convincingly argues for Spirit baptism as an instantaneous, initiatory act at conversion (53).

Chapter five addresses six frequently asked questions relating to spiritual gifts, such as Does every Christian have a spiritual gift? Are the gifts supernatural or are they just natural talents that we enjoy? And Why should we seek the gifts at all, since they are sovereignly given by God? He does not provide extensive answers to these questions, but what he does provide at least begins to help one think through these common questions.

Chapters six through nine begin a turn in focus to more pointedly write from a cessationist point of view as the gifts of prophecy and tongues come into consideration. Here he works through the definition of the most debated gifts, beginning with prophecy and ending with tongues. He lists arguments for a contemporary understanding of prophecy and tongues (championed in conservative evangelicalism by Wayne Grudem) and responds to each briefly.

Schreiner points out that even those who claim to be continuationists deny that the gifts of prophecy and tongues operate the same way that they did in the New Testament. In so doing, continuationists actually espouse a form of cessationism (161-162). He understands conservative continuationist definitions of prophecy to refer more accurately to impressions that one might receive from God. He argues that those who think they are prophesying are more likely relaying something that God impressed on their heart. He writes,

“It is better to characterize what is happening today as the sharing of impressions rather than prophecy. God may impress something on a person’s heart and mind, and he may use such impressions to help others in their spiritual walk. It is a matter of definition; what some people call prophecies are actually impressions . . .” (118). This clarification helps explain the reality behind a claim to prophecy, especially when that prophecy fails to come true or fails to accord with the Scriptures.

Unfortunately, Schreiner has less of an explanation for those who speak in ecstatic utterances. He concludes, “It doesn’t follow that what they are doing is necessarily evil, but neither is it the same thing as the gift we find in Scripture” (131). Other than briefly mentioning J. I. Packer’s theory that contemporary tongue-speaking may be a form of psychological relaxation (130-131), he offers no further explanation of this phenomena.

There is no need to detail his arguments here, as he does not really add anything new to the argument for cessationism in these chapters. Nevertheless, the clarity of his argument helpfully moves past technical language to focus on the foundational role of the apostles and the prophets, the definition of the gifts, and the lack of indication in the New Testament that miraculous gifts must be normative in the Church until the return of Christ (155).

In his argument, he focuses on the gift of prophecy, seeking to defend the canon of Scripture from the implications of contemporary understandings of the gift of prophecy. It is the misunderstanding and abuse of this gift about which he expresses the most concern. While he also argues for the cessation of the gift of tongues, he concedes that if one claiming to exercise the gift of tongues does not make a claim to new revelation, the role of tongues is less important to his argument (163). In either case, he believes there are good reasons to think that prophecy and tongues have ceased (163).

He clarifies that a cessationist position does not mean that there is lack of belief in God’s abilities to work miracles in the present age; in fact, cessationists do and should pray for them (164)! He goes on to clarify that he believes that God may be pleased to grant the same signs and wonders as seen in the New Testament to cutting-edge missionary situations. This is why he defines his position as a “nuanced cessationism” (165). Even in those situations, though, he urges Christians to investigate such stories, recognizing that God generally shows his grace in ordinary ways, not in dramatic healings and the like (166).

Fittingly, Schreiner ends his work by recognizing that he may be wrong about the spiritual gifts and by confessing that love for one another is greater than unity in a cessationist perspective. He writes, “If I have the right view of gifts, but I don’t have love, then I am nothing” (172).

Schreiner meets his objective in this book. He has provided a readable work on the spiritual gifts that not only addresses the cessationist/continuationist debate, but rightly teaches about the spiritual gifts in the life of the church. Scholars will certainly recognize Schreiner’s careful work and general readers will benefit from his contribution. Both cessationists and continuationists will benefit from this book (not to mention those who aren’t sure what they think). Though I have not read exhaustively on this topic, I have read widely enough to know the current conversation on this topic and to conclude that Schreiner’s book is the first that I would recommend to someone with any questions relating to the spiritual gifts in the life of the church.