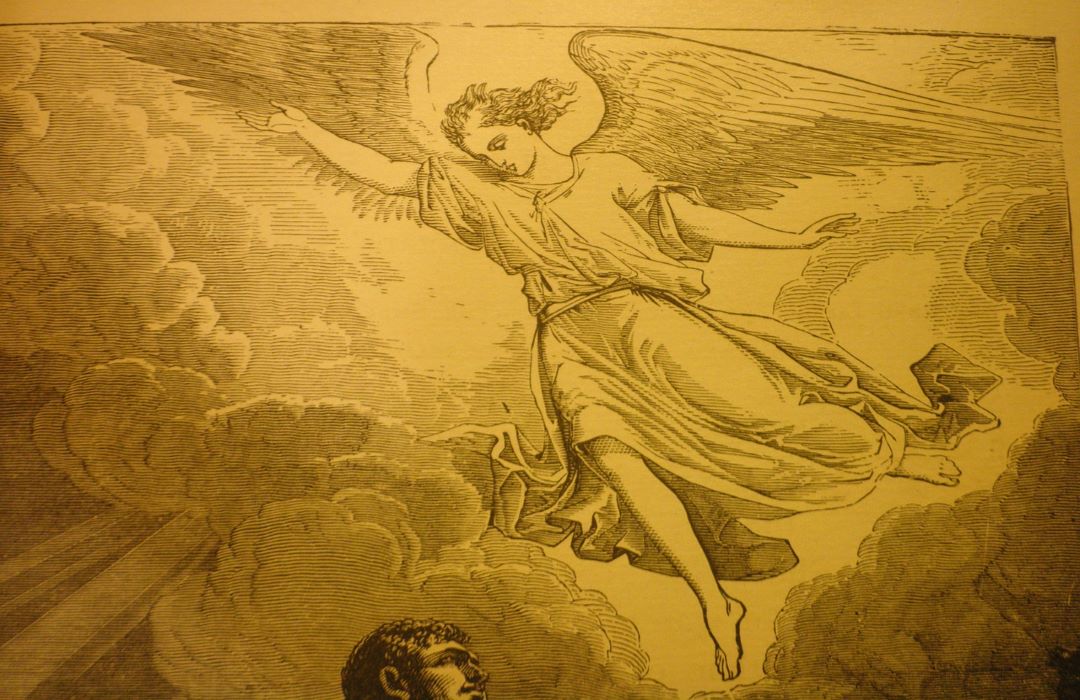 “A Charlie Brown Christmas” is a Christmas staple. Throughout the special, characters seek to discover the true meaning of Christmas – until Linus speaks up. He informs his friends that Christmas is about the Savior, which is Christ the Lord. He ends this message with, “And suddenly there was with the angel a multitude of the heavenly host, praising God, and saying, 'Glory to God in the highest, and on earth peace, good will toward men.’ That's what Christmas is all about, Charlie Brown.” Even among secular Christmas traditions, angels have a prominent place! We can rejoice in and emulate the role of angels as we celebrate advent. Angels feature in the following advent passages. They appear to deliver glorious messages and to give glory to God.

Luke tells us in chapter 2 that while shepherds were out in the fields, an angel appeared and proclaimed the good news that the Messiah was born in a manger. If one angel wasn’t enough, a whole host of angels appeared and sang a song of God’s glory. After the angels returned to heaven the shepherds went to find Jesus. The angels sang a song of glory not just because the events that they sang about were glorious, but because Jesus is the glorious one. The angels sang of glory because Glory had come to Earth to rescue the inglorious world from sin, and extend forgiveness and transforming glory to those who would receive it.[1]

At the beginning of the book of Acts, an angel promised that Jesus would one day return to Earth just as he had ascended into heaven. “After he had said this, he was taken up as they were watching, and a cloud took him out of their sight. While he was going, they were gazing into heaven, and suddenly two men in white clothes stood by them. They said, “Men of Galilee, why do you stand looking up into heaven? This same Jesus, who has been taken from you into heaven, will come in the same way that you have seen him going into heaven” (Acts 1:9-11). The angels assured the disciples that Jesus would return but also rebuked them. They should have known that Jesus would return to heaven to reside in God’s presence. The church resides between the two advent events of Jesus. While we wait for Jesus to return, the church is called to follow Jesus and the disciples to engage in missionary work to the world, knowing that Jesus’ return is certain.[2]

Lastly, in Revelation 7 John records a scene of angels worshiping God. “After this I looked, and there was a vast multitude from every nation, tribe, people, and language, which no one could number, standing before the throne and before the Lamb. They were clothed in white robes with palm branches in their hands. And they cried out in a loud voice: Salvation belongs to our God, who is seated on the throne, and to the Lamb! All the angels stood around the throne, and along with the elders and the four living creatures they fell facedown before the throne and worshiped God, saying, Amen! Blessing and glory and wisdom and thanksgiving and honor and power and strength be to our God forever and ever. Amen” (Rev. 7:9-12).

The angels here sing a hymn of glory to God for his saving plan and work through Jesus. This is a glorious and humbling scene. None of us contributed to our salvation. In the previous chapter (6:17), the question is asked, “who can stand” before the wrath of the Lamp? The answer is no one. Salvation belongs to God! The church is tasked with sharing this message to others and together in the congregation. Angels proclaimed the first coming of Jesus to the shepherds on the hillside. One day they will proclaim His second coming. At that time, the whole universe will hear it.[3]