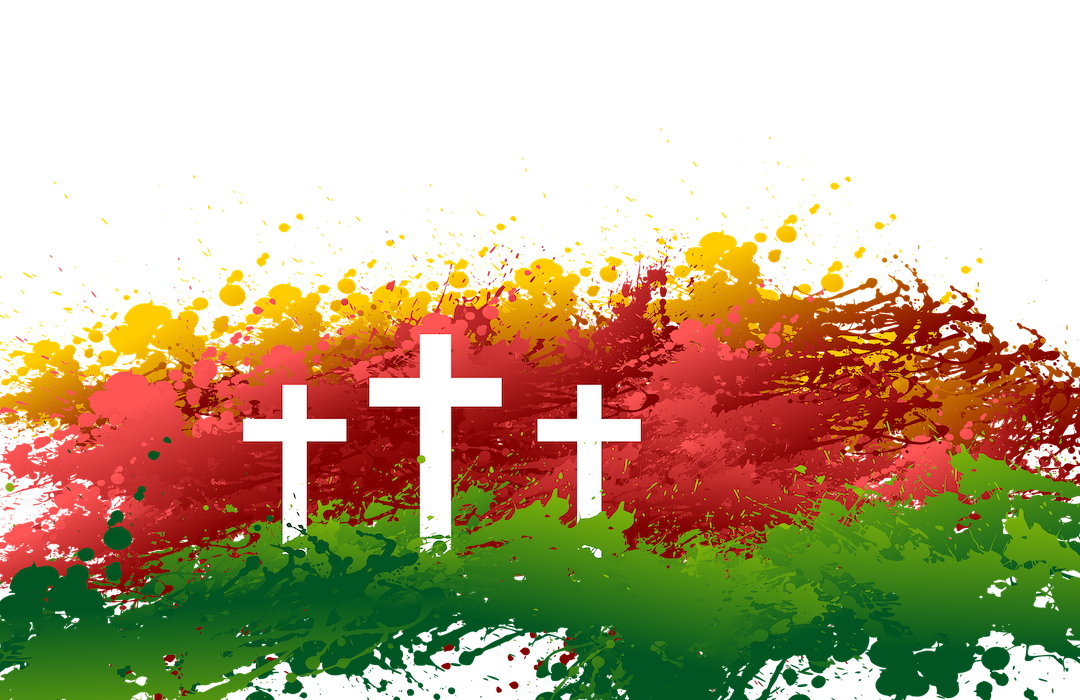 My first introduction to Lent was as a high schooler flipping burgers at McDonald’s. One Friday the demand for burgers in our small Wisconsin town dropped dramatically while orders for Filet-O-Fish sandwiches came rolling in. It wasn’t until I asked a Lutheran co-worker, Emily, about this sudden divergence from Double-Cheese Burgers and Big Macs that I got the answer: Lent. Of course, that answer didn’t mean anything to me, so it was only after a brief conversation involving my disbelief that Christians would ‘give something up for Lent’ and confusion about how a Filet-O-Fish sandwich fit into the picture and her disbelief that Baptists were actually part of the larger Christian tradition that I finally started to understand what was going on.

Observing Lent is all about preparation and anticipation for the celebration of Christ’s resurrection. Lent is a season on the Christian calendar that lasts for 40 days, beginning on Ash Wednesday, and culminating in Resurrection Sunday (and Easter itself is a season on the liturgical calendar that carries the joy of the resurrection beyond Easter Sunday). In this way, Lent is similar to Advent. Both are seasons of waiting that orient Christians toward a significant Christ-event: Advent anticipates Christ’s birth and Lent anticipates Christ’s resurrection.

My Baptist experience was that Lent and the days leading up to Resurrection Sunday (Ash Wednesday, Maundy Thursday, Good Friday) were Catholic inventions and nothing less than a legalistic approach to Christianity. In our heavily Catholic town, nearly every business was shut down on Good Friday while the Baptist college I attended carried on with business as usual, with the exception that we were not allowed to play sports outside in deference to the neighboring Catholics. Although some of the area Baptist churches would conduct Good Friday services, many did not. Good Friday, much less Lent, was regarded as papist inanity.

However, in recent years, I’ve noticed a trend of increased interest in Lent among some Baptist (and other Protestant) friends. Why, if there is any reason at all, should Baptists take interest in Lent? And if they do, are they stepping onto the slippery slope of legalism that will inevitably end in Roman Catholicism?

Baptists are wary of the liturgical calendar in part for good reasons (as I’ll explore below). However, the primary objections that I have heard to Lent and other liturgical seasons relate to texts of Scripture like Colossians 2:8 that warn, “Be careful that no one takes you captive through philosophy and empty deceit based on human tradition, based on the elements of the world, rather than Christ.” This objection may well prove potent regarding certain elements of the liturgical calendar but, in my view, it falls flat with respect to Lent. Lent is a tradition that is not based on the elements of the world but is instead based on the hope of the resurrection of Jesus Christ. Careful observance of Lent seems to facilitate a movement toward Christ and away from the world system.

Still, I think there are three good reasons to reject the observance of Lent. First, if an individual views participation in Lent as a New Testament directive, I would suggest that this individual is misguided and is viewing an arguably good tradition as a biblical command, which simply is not the case. The origination of Lent is debated, but the tradition arose after the time of the apostles and should not be elevated to an apostolic command. For this reason, for individuals who decide against observing Lent, Colossians 2:16 can prove encouraging: “Therefore, don’t let anyone judge you in regard to food and drink or in the matter of a festival or a new moon or a Sabbath day.” If you observe Lent, do not judge those who do not. If you don’t observe Lent, you need not feel inferior to those who do.

Because Lent is not a biblical command, it seems unwise for churches to communicate to members that attendance at special services or observance of Lent is obligatory. Of course, we get close to this with Christmas programs, Good Friday services, Thanksgiving gatherings, and other celebrations that may also be in danger of being elevated to the level of a biblical mandate, but Ash Wednesday services and other Lenten celebrations can prove particularly troublesome for some members so churches that do offer these services should take care to avoid belittling those who choose not to participate.

Second, if an individual believes that the observance of Lent somehow increased her standing before God or that failure to observe lent jeopardizes her standing before the Lord, this individual is confusing a helpful spiritual discipline with God’s gift of grace in salvation. Salvation is by grace through faith for the purpose of good works, but the good works follow the salvation that is in Jesus Christ (Ephesians 2:8-10). If an individual has close family members who might mistake her observance of Lent with this distorted view of salvation, then it may be wise to refrain from participating in the interest of correcting a cockeyed view of salvation.

Generally, observance of Lent includes a fast which is broken every Sunday and resumed the following day. That act of fasting, whether from food or some other regular experience, is a movement toward identifying with Christ in his suffering. The act of fasting does not atone for sin; instead, through fasting believers identify with the suffering of Christ who, on the cross, became the atonement for sin. Jesus called his disciples to prayer and fasting, so the idea of fasting itself is not problematic and, perhaps, should be more frequently practiced as a spiritual discipline.

Third, if an individual enters into the participation of Lent mindlessly, or with the wrong motivation, the purpose of Lent is effectively negated. For example, I recently read an article describing how to observe Lent and the resurrection of Jesus Christ was not mentioned once. The author talked about observing Lent as a convenient time to incorporate a new habit, break a bad habit, or just experience a change of pace in life. This approach to Lent makes the individual the center rather than making Christ the center. If Lent is observed as a way of orienting an individual to himself rather than to the hope that is in Jesus Christ’s death and resurrection, there is really no reason to talk about those actions in Lenten terms.

Having noted the potential dangers in observing Lent, the question of whether or not there is any benefit remains. I have not observed Lent in the past, but there are three reasons that I plan to observe Lent this year.

First, observance of Lent is a way of cultivating anticipation of Resurrection Sunday. Easter Sunday (more appropriately called Resurrection Sunday) is one of my favorite holidays (holy days). I have cultivated anticipation for this day in a variety of ways other than Lent, such as a Saturday evening reading of the so-called passion narratives, watching the Passion of the Christ movie, or gathering for a sunrise service.

In a culture where the historicity of Jesus is doubted, his resurrection is denied, and Easter Sunday tends to be about eggs and rabbits, recognizing the significance of Resurrection Sunday can be almost as difficult as recognizing the significance of Christmas day. Lent, similar to Advent, is a way that Christians have oriented themselves to the Christ-event that cuts across the grain of the wider cultural celebration of the holiday.

Further, the joy of the resurrection of Christ will always be deficient if there is no remembrance of his preceding suffering and death. Observance of Lent includes the reminder of our Lord’s suffering and of the death and sin which he conquered through his resurrection.

Baptists sometimes wonder how we should relate to Christians from other denominational affiliations while maintaining a distinctive ecclesial identity. Although we recognize that Baptists are not the only true Christians, we are sometimes challenged to know what we can share in common with non-Baptists. Observing Lent (and other liturgical calendar seasons) is one way of standing next to brothers and sisters outside of our denominational boundaries as an expression of unity in Christ and as a response to Christ’s prayer that his people would be one (John 17:20-23).

My Baptist convictions prohibit me from planting a church with my evangelical Anglican, Presbyterian, or Lutheran friends, but a shared observance of Lent can facilitate the anticipation of the day that Jesus’ prayer for unity will be realized and Christian unity as we express a common belief in the bodily suffering, death, and resurrection of the Lord.

Third, observance of Lent is a way of submitting the order of my life to Christian conceptions of time rather than cultural conceptions of time. Whether we realize it or not, our lives are often structured around our culture’s designations of the times and seasons. Most relevant to the celebration of Lent is the cultural celebration of Spring Break. As a part-time educator, I get to enjoy a week off and my students get to enjoy trips to warmer climates and the absence of homework. But Lent reminds us that the most important thing about this season is not the indulgences and pleasures of Spring Break, but the eternal joy afforded by the resurrection.

Although celebrating cultural seasons, like March Madness or Spring Break, is not altogether wrong, it has the potential to shape our lives according to the practices and traditions of the world in a way that shapes our affections, directs our joys, and dampens our awareness that every day and every season belongs to the Lord.

It is my hope that observing Lent will orient my thoughts and actions toward the joy and sorrows of Christ and will aid in cultivating anticipation not only of the celebration of the resurrection on Easter Sunday but also of the final resurrection that will deny death forevermore.